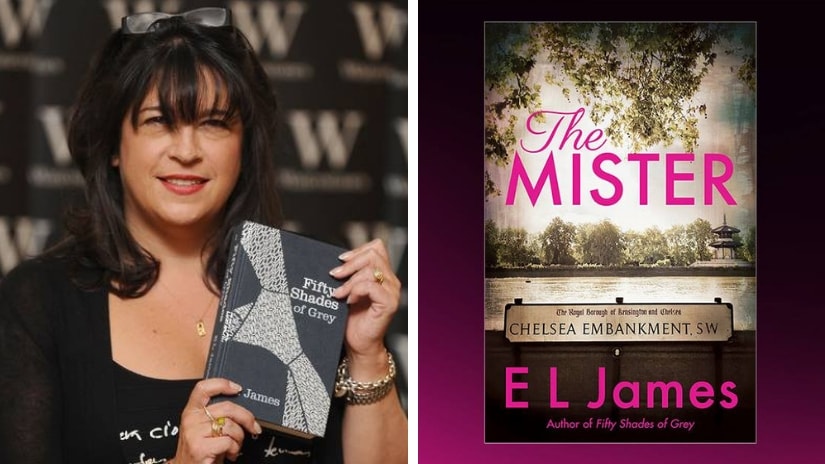 The Fifty Shades author is back with a new novel about the romance between a society DJ and his cleaner or ‘daily. The book got published on the 16th of April 2019.

EL James is such a strange writer. She’s capable of a compelling plot, as the Fifty Shades trilogy showed, albeit ones strewn with terrible, frequently hilarious moments, but her self-imposed incarceration in the world of Twilight fan-fiction has clearly taken its  toll. Her rewrites of her bestsellers, from Christian Grey’s point of view, have been desultory to the point of seeming as thought they were copied and pasted with the pronouns changed.

The Mister, her first book to break away from that universe, is filled with the same tropes and terrible lines – the first page alone features so much word repetition it reminds you of Little Britain’s Dame Sally Markham trying to up her word count. You will laugh a lot during this book, and not in a good way. But James has obviously worked hard on creating a story that, interestingly, has a lot to say about sexual consent and women’s rights.

Model-DJ-photographer and society shagger, Maxim Trevelyan, is mourning the death of his elder brother Kit and his own subsequent rise to become Earl of Trevethick (in Cornwall no less! Someone’s been reading Daphne du Maurier) with a fling with Kit’s widow, who is Maxim’s long-ago ex. His attentions are soon diverted when his cleaner is replaced one day by young Alessia Demarchi who is young, beautiful and poor, and a synaesthetic concert-level pianist. Please keep up, there’s so much more to come.

James has the shoddy builder’s attitude to detail, piling it on in the strangest of places – train times to Brentford, an advertising catalogue’s attitude to brand names – and skimping on it where it matters. She credits a “posh” language adviser in her credits, but these English aristos’ speech manages to incorporate enough Americanisms to make Made in Chelsea blush. Sorry, but no Brit, let alone an Earl, would ever call them “panties”, and nobody since Clueless has “surfed the crimson tide”.

Much is made of calling Alessia his “daily” rather than his cleaner, as though we’re in a Jilly Cooper novel – there is, amazingly, a definition of what it means at the start of the book, not that Alessia needs it. Her initially halting English improves hastily as the plot requires it, and she later reveals an English grandmother who had introduced her to Enid Blyton, Malory Towers and – gloriously – Georgette Heyer in her youth. Phew!

Fifty Shades readers will enjoy ticking off familiar friends, from the plot – over which we shall draw a veil – to the (inevitably virginal) heroine’s borderline anorexic refusal to eat, general lack of technical knowledge, and the hero’s penis “stirring in agreement”, like Paul Hollywood approving a particularly good sponge.

However, about two-thirds of the way through, and inspired by multiple encounters with Maxim’s agreeable penis, Alessia discovers a personality, and some of the exchanges there make you forget you’re reading another serious yet parodic romance with bonking.

All that said, EL James does a valiant job of playing up the importance of contraception and consent, and (clearly taking on board feedback from Fifty Shades) the dangers of abusive relationships. During a sex scene mercifully free of inner goddesses, dancing or otherwise, Maxim asks Alessia continuously if she is okay, and happy.

The Mister – the name! So terrible, like a hydration spray – will sell a gazillion copies, but at least it does it with good messages at the heart of it.